Building upon the technology that powers its SmartPanel app-driven user interfaces, Riedel Communications proudly introduced the new 1200 series SmartPanel today. Making its debut at the 2018 NAB Show, the RSP-1232HL represents a quantum leap forward in workflow flexibility, power, and connectivity.

Featuring multiple full-color multitouch displays, 32 innovative hybrid-lever keys, the ability to leverage apps for multifunctionality, and the ability to adapt easily to the various workflows in use today, this new panel is poised to allow users to work the way they always have while opening up entirely new possibilities.

The two-year research and development effort behind the RSP-1232HL panel involved input from many users and industry pros. Every aspect of existing panel technology was evaluated, from the spacing of components to their look and feel. The result is a 32-key user interface with each lever key having an integrated rotary encoder that provides control over parameters in the same location as the key. The levers have been meticulously designed to have the perfect form, weight, comfort, responsiveness, and anti-fatigue qualities to effectively redefine the way an intercom panel should feel.

The RSP-1232HL has been designed to support varied workflows. Some comms users prefer “Talk & Listen” workflows where the user chooses what to listen to from an initially silent panel. Other workflows prefer a “Talk & Mute” workflow where users start with a panel that broadcasts everything, with the users selectively choosing which signals to turn off. Users decide which mode they prefer on a per-panel basis.

Inventing a panel from scratch also enables new features that greatly aid in making the panel easier to understand for users. Riedel’s new Logical Groups concept allows users to choose custom colors for either the key labels or the LED rings that are positioned around each key. Each key label has an eight-character main label, a 16-character sub-label, and user-defined icon labels. Along with that is an icon-based signaling mechanism to tell the user what state each key is in at any point in time. Open Mic, Muted Key, Incoming Beep, or Port Busy are easy to read and understandable at a glance. Users can get as much or as little information about any given key as needed.

Connectivity is always a big consideration for Riedel, and it was important that the new panel take advantage of both the AES3 digital connectivity the company has always used along with the SMPTE 2110-30 (AES67) connectivity that it has embraced in recent years. AES67 connections are two fiber SFPs and two RJ45 connections that create a variety of daisy-chaining and redundancy options to realize extraordinary cabling flexibility.

“From the onset we knew we had to do more than just provide lever keys,” said Johan Wadsten, User Interface and User Experience Product Manager for Riedel. “This new SmartPanel is chock-full of smart design and innovations that will drive user interfaces forward in ways that likely haven’t even been conceived of yet. I couldn’t be happier with the results and with the performance of the development teams here at Riedel.” 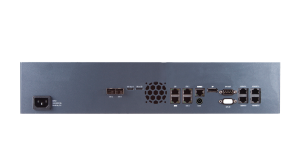 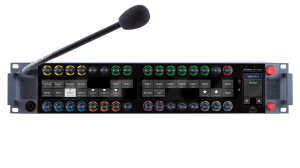 CGTN has rolled out a very unique mobile broadcast studio for coverage of the 2022 ... Read More
View Comments