Result: carried out a complete cycle of project development, installation and training of technical personnel. In the studio, rail-mounted system for lighting carriage with pantographs, set background double rail road. The studio is equipped with a multifunctional set of lighting Kino Flo, Cotelux, Filmgear. 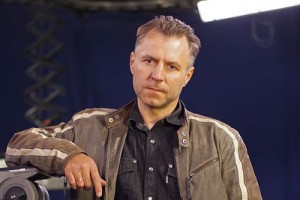 The need for re-equipment of the studio lighting equipment was come to a head, but in 2007 it was brought to life again by the corresponding article in the budget, and then contract with the Comtel - one of the famous television integrators and lighting equipment company. From the old scheme was only a power line and dimmer channels - all else was created almost "from scratch". The first is a rail system that allows you to quickly change the position of the light sources in space and hangers pantograph for adjusting the height of devices. Cover the entire ceiling space of the studio, we had the opportunity, regardless of the site of attachment of each device quickly changing light scheme under the emerging challenges. Additionally, a wide spectrum acquisition devices themselves (such as power and type) gave a flexible circuit configuration of light in each case and cost in time and manpower.
Perhaps in the future we will still buy extra lighting, but in general, to date, implemented the studio lighting scheme allows to solve a wide range of tasks for the staging and shooting of live broadcasts, allowing you to get the output high-quality television 'picture'.

A large number of TV-studio professionals know the 'Delta' as a platform on which was filmed a lot of diverse content. If they tried "Delta" today, they would not recognize her. After installation hanging system by the Comtel for lighting an opportunity without floor racks to put the device almost anywhere in the workspace, which greatly simplifies the process of setting the light and makes it easy to solve diverse and complex tasks. 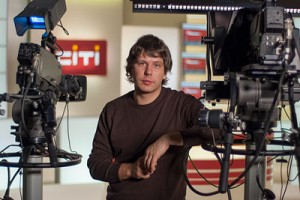 Singly want to note the proposed company Comtel lightning Kinoflo and Cotelux. One of their advantages - Kino Flo lights with pure spectral composition of light - significantly affects the quality of television 'picture'. Besides that latest lighting Kinoflo ParaBeam, being sources of scattered light, produce a more directed and well-controlled light output, what allow to minimize the use of lens units through their functional deficiencies.

Камеры Grass Valley LDX и пульт Kayenne в работе!
#grassvalley #ldx #kayenne #livetouchSee how the folks at the Formula 1 Championship use Grass Valley LDX cameras, LiveTouch replay and a Kayenne switcher to "get the most beautiful images every race weekend." ...